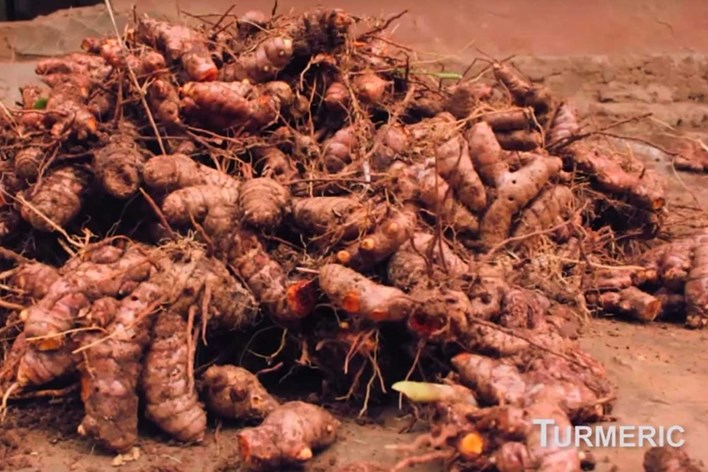 Turmeric is a rhizomatous herbaceous perennial flowering plant of the ginger family,

Also known as Haldi, it is native to southeast India, and needs temperatures between 20 °C and 30 °C (68 °F and 86 °F) and a considerable amount of annual rainfall to thrive. It has tremendous health benefits.

Curcumin is the main active ingredient in turmeric. It has powerful anti-inflammatory effects and is a very strong antioxidant. Some benefits of Curcumin:

Curcumin has powerful antioxidant effects. It neutralizes free radicals on its own but also stimulates your body's own antioxidant enzymes.

Curcumin boosts levels of the brain hormone BDNF, which increases the growth of new neurones and fights various degenerative processes in your brain.

Curcumin has beneficial effects on several factors known to play a role in heart disease. It improves the function of the endothelium and is a potent anti-inflammatory agent and antioxidant.

Curcumin leads to several changes on the molecular level that may help prevent and perhaps even treat cancer.

Curcumin can cross the blood-brain barrier and has been shown to lead to various improvements in the pathological process of Alzheimer’s disease.

Arthritis is a common disorder characterized by joint inflammation. Many studies show that curcumin can help treat symptoms of arthritis and is in some cases more effective than anti-inflammatory drugs.

A study in 60 people with depression showed that curcumin was as effective as Prozac in alleviating symptoms of the condition.

Indicator for acidity or alkalinity