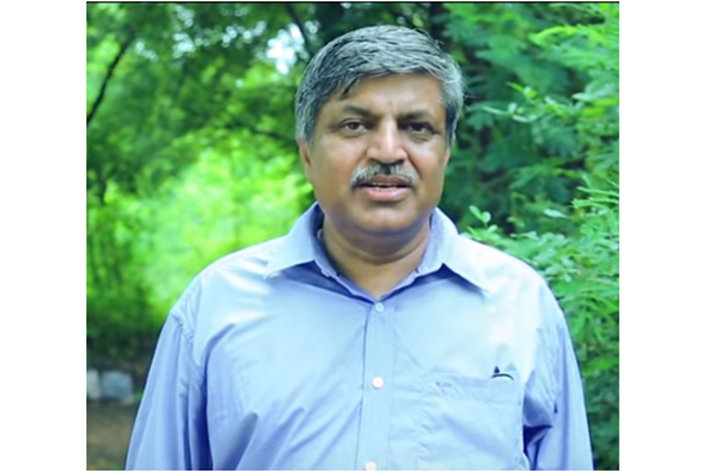 This is a transcript of my interview with the Indian Periodical. This captures the reasons why I started Vanya, and what inspired me.

I am by qualification a post graduate in Economics from Delhi School of Economics.  I joined the Indian Revenue Service in 1986.

About 15 years back I read Fukuoka’s  One Straw Revolution and could figure out that the philosophy of sustainable growth is the answer to most of the ills of our world in particular our country.  Once I got interested in natural farming as a major environmental and economic solution I read all classic literature ranging from Albert Howard to Bill Mollisons permaculture and figured out that a country which is so rich in sun energy, arable land, young population and rains the best way to harness them all is by resorting to natural farming which is no tilling, no chemical fertilizer pesticide etc. and growing food in a forest like situation.

This set me thinking for having multi layered canopy of trees and plants which are suitable for this.  Hence, I chose Neem tree as predominantly at the periphery of the farm.  On this tree we planted a wine of Guduchi (Tinosporacordifolia) which is a brilliant herb for improving the immune system and protects you from malaria, dengue, swine flu etc.  I am reasonably sure that this can also be used for combating the zika virus.

Inside the farm the highest canopy is that of Moringa(Drumstick tree) which has tiny leaves and allows the sunlight to filter through it to the next layer which is citrus trees.  We have plenty of kafir lime, sweet lime aswell as rangpur (Gondoraj) lime as the second layer.  The third layer consists of cowpeas and vitiver grass.  We never uproot cowpeas plants hence harvest by pruning. Vitiver has a life span of extremely long period.  Someone putting it as old as 100 years.  This plant brings micro nutrients from the lower depths of the soil to the root zone of the other plants and hence extremely beneficial for soil as it also holds the top soil and moisture.  A research in Malaysia has pointed out that any plant if surrounded with vitiver would grow much faster than other plants.

Soil is the biggest depositor of carbon after the oceans and in this method of growing due to no tilling all energy is trapped inside the soil, this also encourages the microbes, earthworms and other small animals including white ants.

I am very clear in my mind that no growing/farming is sustainable without the bees which is seriously threatened due to massive spray of pesticides and mobile towers and lack of food for them throughout the year.

On our farm other than the above mentioned trees and plants most of which have blossoms and flowers we also have plenty of ber(Indian jujube), guava, papaya, Indian gooseberry and plenty of other flowering plants also like pink pepper which flowers twice in a year so as to make bees have food round the year.  In turn our minimum productivity all around the farm goes up by 30%.

The productivity of agriculture we see can go up anywhere between 100% to 300% by adopting this low cost natural farming which is not only self sustainable but regenerative and is a biggest solution to climate change and global warming.

We have natural bee hives on our farm and many cancer patients come to take this natural neem honey and raw turmeric from our farm for which we do not charge any money.  My dream is to send the raw turmeric to millions of suffering humanity especially cancer patients free wherein they should only pay for the courier charges.  Incidentally raw turmeric if had with black pepper enhances the digestibility by 200% in human beings.

Yes, however the past practices are proving to be counterproductive and are serious risk to health.  Further, the productive soil which is top soil is being eroded around the world at a very fast pace and unless no tilling and the above mentioned practices are not implemented in the foreseeable future majority of productive soil of farm land would be gone and salinity of soil would stare us in our face.

If the above model is created with some variations in different parts of the country and the world at large depending on the local conditions and consumers are made aware of the goodness of produce from such farms probably the spread of this knowledge of multi layer no tilling farming would scale new heights.

This sholaka from Upanishad is extremely profound and most relevant for our contemporary times where sustainable growth without leaving any adverse impact on earth is the solution for mother earth and generations to follow.  Our farming of food forest with biodiversity, no tilling and no chemical fertilizer, pesticide etc. is the solution for environment, hunger, poverty alleviation and health.