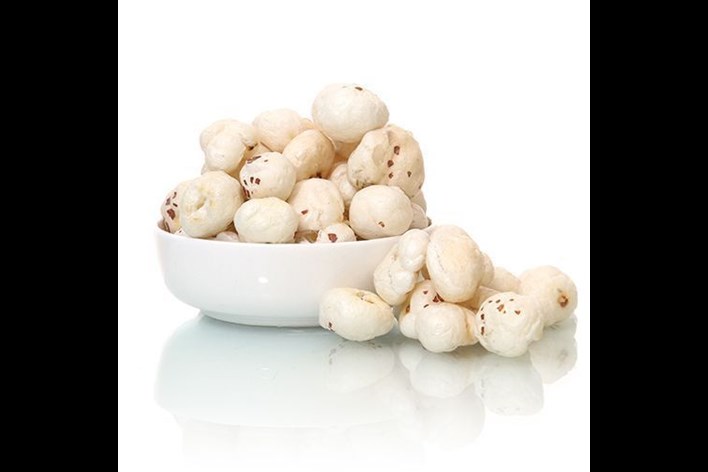 Makhanas, also called fox nuts, or lotus seeds, come from a plant called Euryale Fox which grows in the stagnant water of wetlands or ponds in Eastern Asia.

They are low in cholesterol, fat and sodium. This makes them an ideal snack to satiate those in-between meal hunger pangs.

They are beneficial to those suffering from high blood pressure, heart diseases and obesity due to their high magnesium and low sodium content.

Makhanas are recommended for diabetics too due to their low glycemic index.

An anti-ageing enzyme in these seeds is said to help repair damaged proteins.

In addition, the presence of a natural flavonoid called kaempferol (also present in coffee), helps prevent inflammation and ageing.

Makhanas are gluten-free, protein rich and high in carbohydrates.

Ayurvedic and Unani medicine believe them to have aphrodisiac properties.

You can roast the seeds or fry them in a little ghee wherein they pop and resemble popcorn.

The seed itself has a very neutral taste and takes on the flavours that are added to it.